America’s Tastemakers Across the river, a quiet industry determines the flavors of our foods

Citromax / Noticias  / America’s Tastemakers Across the river, a quiet industry determines the flavors of our foods 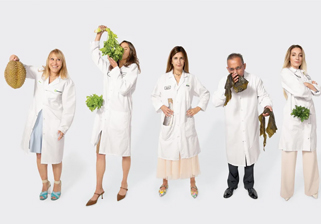 America’s Tastemakers Across the river, a quiet industry determines the flavors of our foods

What does a strawberry taste like? It depends. Do you mean a fresh strawberry, a ripe strawberry, a jammy strawberry? Because it matters, says Elaine Kellman, a flavorist atCitromaxin Carlstadt, New Jersey, who has spent the past 30 years breaking down taste sensations into their chemical parts. To capture the full-bodied sweetness of an ultra-ripe strawberry, “you would take a strawberry flavor and add chemicals like maltol and furaneol,” whereas a jammy one might need a hint of jasmine, and a fresh one might require a dash of grassy cis-3-hexenal.

There are, by most estimates, only about 500 flavorists in the U.S., and if you have eaten food from a box in America, you have certainly tasted their work. Flavorists are responsible for the end of the ingredients list, the mysterious “natural and artificial flavors” that make ketchup taste ketchup-y and imitation meats meaty. And many of them happen to work in New Jersey, which has become a hub of American flavor. The Swiss giant Firmenich, for example, has its U.S. headquarters in Plainsboro, and Symrise is in Teterboro, as is Takasago, and a Givaudan outpost is in East Hanover. There is Robertet in Piscataway, International Flavors & Fragrances in South Brunswick, Brookside in Branchburg, Flavor Dynamics in South Plainfield, and Signature Flavors in Freehold. This partly has to do with location and price: New Jersey is close to the area’s ports but with cheaper land than New York. At play, too, is the Silicon Valley principle: It’s good to be near competitors because that means you’re near clients (and future hires).

Despite the industry’s influence over what we eat, “most people don’t know about us,” Kellman says, and that is on purpose. Flavorists cannot tell you which food brands they’ve worked with or what flavors they’ve made. “We’re invisible creators,” says Alison Freedman, a flavorist at Firmenich. She remembers the thrill of seeing the first of her flavors go to market — a sweet brown caramel flavor for a CPG (consumer packaged goods) company, but “we can’t really get into details further than that.”

Because of the secrecy, when a flavorist talks to another flavorist, certain lines don’t get crossed. “We can share general things but not the secretive things that we’re working on,” says Belayet Choudhury, an industry vet. (He’ll allow that he did, 30 years ago, create a strawberry flavor for Pepperidge Farm and has been involved in seasoning certain high-profile ramen noodles.) At the same time, there is deep camaraderie, because flavorists share a very particular approach to experiencing the world: nose-first. Smell, more than taste, determines flavor, and they spend their careers learning to smell. “When you have a meal with other flavorists, you dissect the food and drinks just like at work,” says Freedman. “We talk about flavor, the way things taste, the way things make us feel, all the sensations. That’s the common language.”