From September 28th to 29th, we attended the annual meeting of Protected Productive Landscape -also called PPP- in Puerto Iguazú, Misiones. The meeting was held within the framework of the “Protected Productive Landscape in the Great North of Argentina” project, executed by the ProYungas Foundation, together with the FSC Argentina and Habitat & Development institutions, co-financed by the European Union.

The PPP is an initiative created in 2010, aimed at companies, cooperatives, associations or private owners who carry out their productive activities (agricultural, livestock, forestry, energy or real estate) in territories with wild areas, and those who wish to commit to the preservation of spaces of high environmental value. 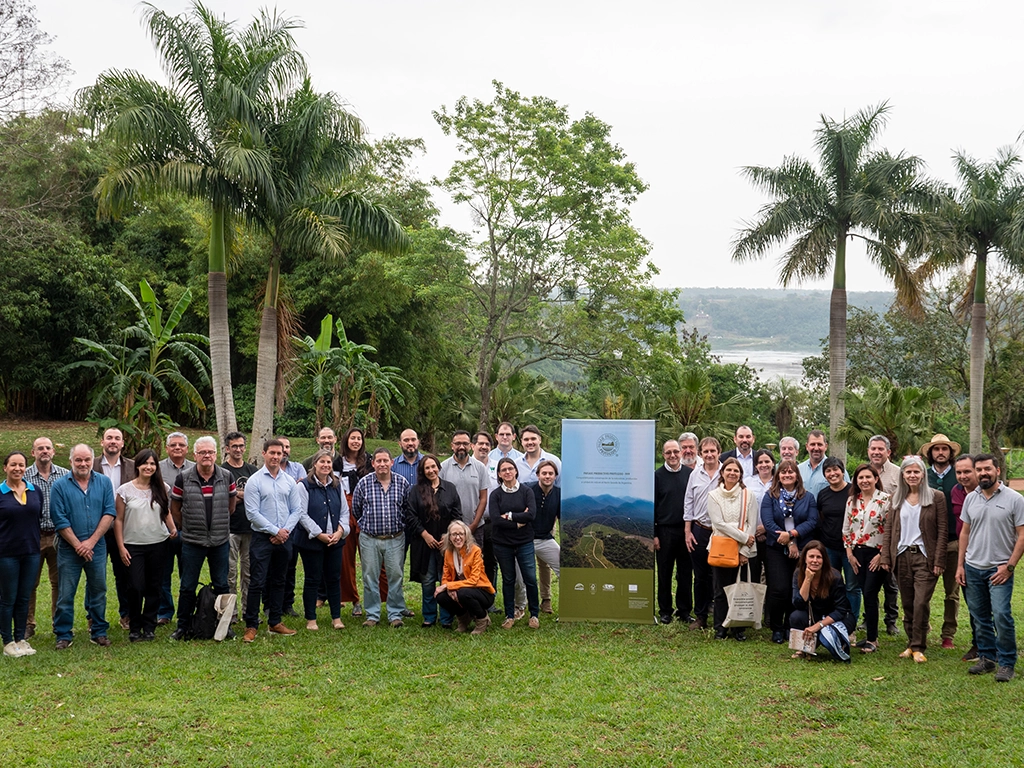 The Citromax Group has participated in the program since 2018. Initially, we started characterizing 20 company fields, from which it was possible to identify properties of high environmental value such as Yupi, La Escondida, Solco and Las Colmenas.

In 2020, in collaboration with ProYungas Foundation, we carried out a forest inventory at Yupi that allowed us to estimate the stock of carbon stored in the property's native forests. Also, a research of its biodiversity was carried out, recognizing and classifying mammals and amphibians with camera traps, and plant species.

At Citromax, through the PPPs, we seek to generate a territorial management model at the scale of the productive landscape that allows an integration between production and the conservation of biodiversity, and ecosystem services, in a context of environmental sustainability and social promotion, contributing directly to the SDGs 6, 12, 13, 15 and 17.

Between all the participating organizations of Argentina, Chile, Paraguay and Bolivia, we add a total of more than 2 million hectares adhered to the program, of which 1/3 are protected natural spaces. We are proud to be part of the program, committed to the mission and grateful to the ProYungas Foundation for its constant support.